Almost forgot about this one. The East Rock playground is located at the bottom of East Rock. You can usually easily find street parking along the park on the orange street, and maybe coldspring as well.

The playground is inside of a large park. It is really special to have such a large green area in such a population density region in new haven. The park has lots of super-tall trees. It has areas that can be used for soccer fields. It has a basket field as well.

It has a fenced-in playground, which features a large play-set and a large sandbox. The sandbox has a rocking turtle for kids to ride on, and a car for kids to climb in and “drive”. It also has a little house that you can send sand through the pipes along the wall. There are seating along the whole playground. The sandbox is mostly in the shade. 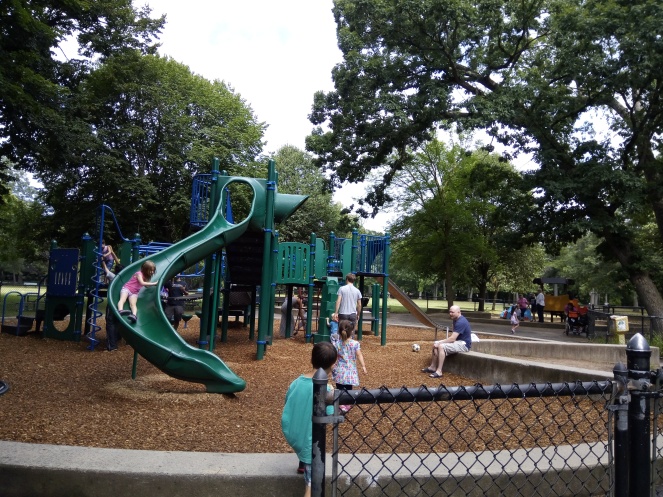 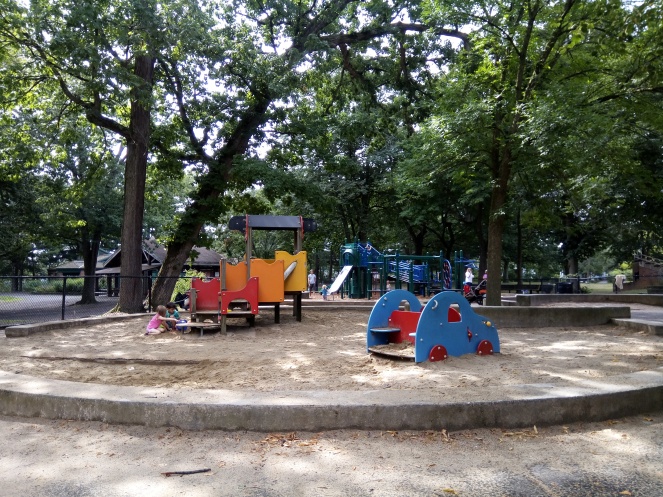 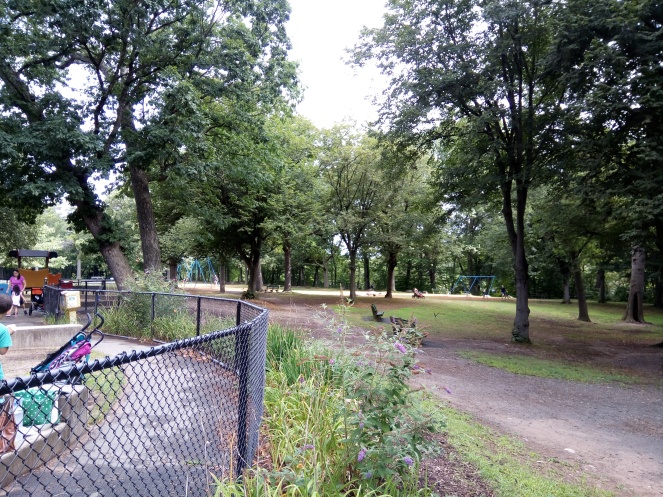 A bit away from the playground, there are four baby swings. Some more distance away, there are four regular flat-bottom swings. They are the best swings I have ever been on (except maybe the ones in the “rainbow playground” in the Fort Hale park), because they are so tall! I don’t think they are made for kids per se. They are probably meant for teenagers and adults. Although my 3 and 5 yrs are not afraid of the swing. When I push them high up, their go over my height and swing “all the way to the moon”!

The park is very nice and peaceful. It has water fountain and lots of shade. (Even though part of the playground is not in the shade). It has bird feeds, even though squirrels would try to steal the food. Chipmunks are often seen dashing across and into the bushes. It is a popular destination for families live in East Rock. I think it is also the place some community summer camp happens. Some organizations also hold soccer class there.

I'm a New Haven mom with two small kids. While I'm watching the kids, I love to take them somewhere fun, somewhere different to play. View all posts by sindhri

I’m a New Haven mom with two small kids (3 and 5 as of 2017). I like to take the kids out to different places to have fun, playgrounds, parks, trails, bouncy houses, fairs etc.